The satin-finished bottle, emblem of Cantine Giacomo Montresor, was patented at the beginning of 20th century to protect the wine from the ocean's sun during the first exports to North America.

Today Montresor's Amarone Satinato Montresor is an icon of Valpolicella present in more than 50 countries all over the world. It was 1921 when Giacomo Montresor patented this satin- finished bottle, since then our Amarone is unique, original and iconic. Its timeless elegance is the same of those who love it, choose it and enjoy it

The bottle was designed by Giacomo Montresor, who, besides his passion for wine, dedicated most of his time to painting. He called this bottle MULA. In 1904 the bottle did not feature its satin finish yet, but it boasted sinuous curves that combined the shape of a classic wine flask to a modern glass bottle, which was unusual for that time. In 1906 the first exports towards North America began.

Those first exported bottles carried the wine that today we know as Amarone della Valpolicella; but at that time it was just a strong red wine, with a high percentage of alcohol content, produced with dried grapes, considered as the little brother of Recioto rather than as a wine having its own identity. And the troubles began: The long journey from Italy to United States became a gamble for every single bottle.

Since wine was not considered a luxury product in those years, it was often stored on the deck of the ship and the bottles were housed in open wooden crates of 16 bottles secured with simple straw. The sun of the ocean caused uncontrolled oxidizations and re-fermentation and most of the times the wine was damaged. Giacomo did not give in and started to satin finish the bottles to protect its precious content. 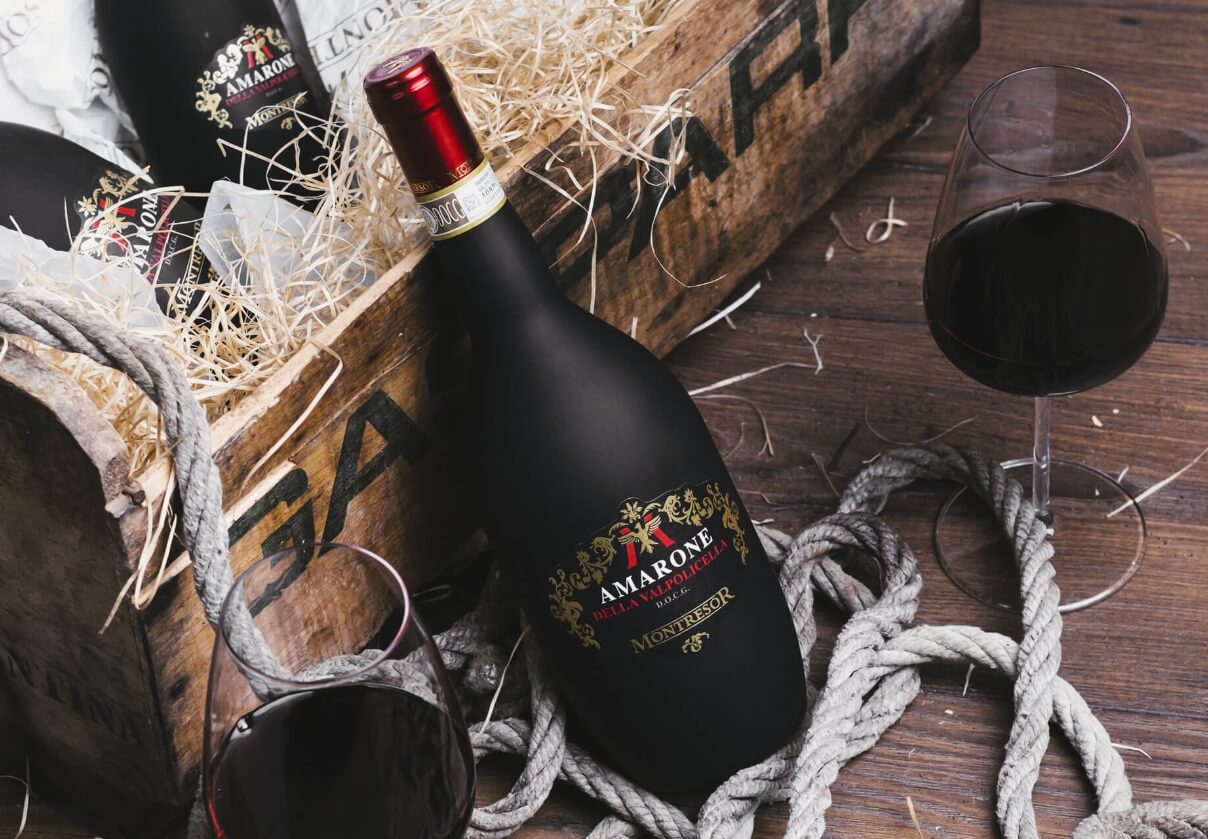 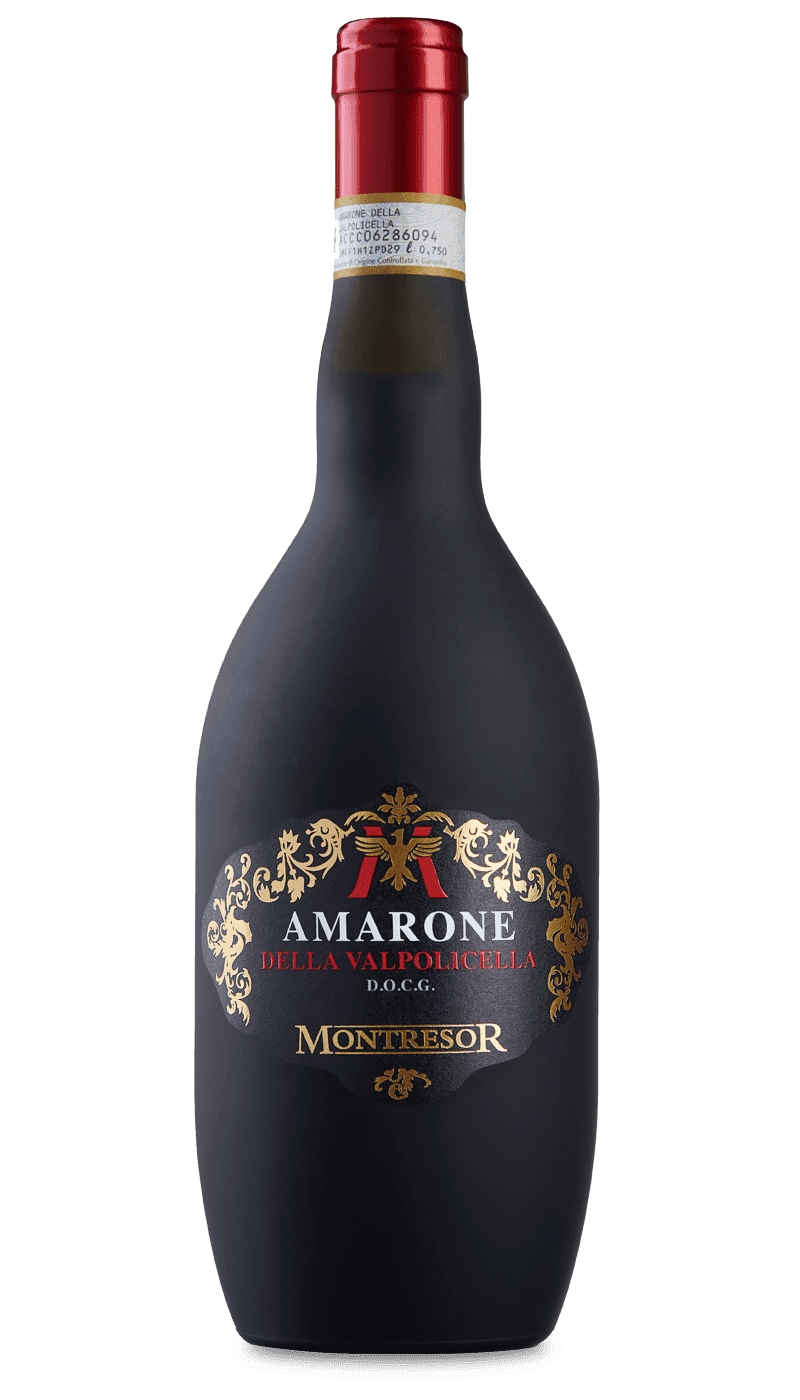 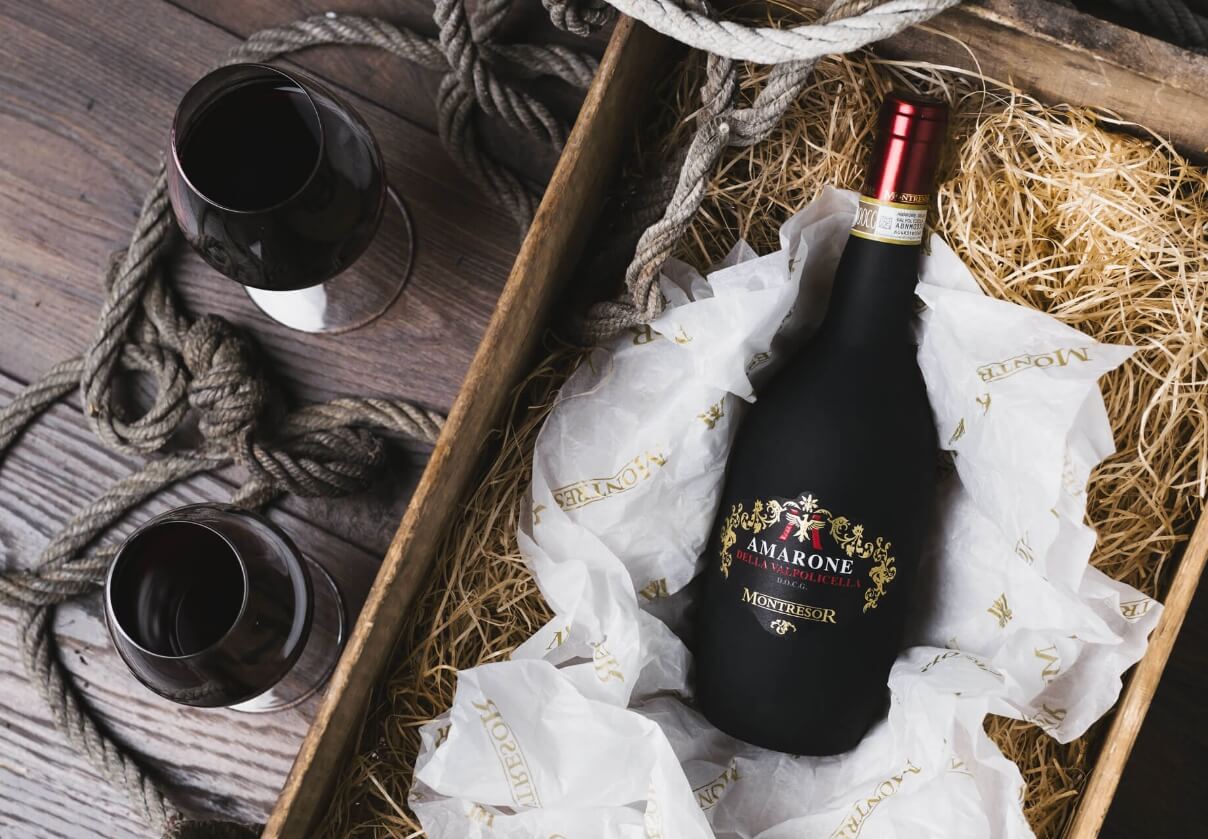 In 1921 the satin-finished bottle made its debut.

As you surely know, Amarone is a unique wine, it was born from a mistake and it is produced with 100% dried grapes; this system makes it possible to have concentrations of aromas and flavors that make this wine a journey to discover dozens of different feelings that sometimes go beyond our memories. It is a wine that every 20 to 30 minutes develops and changes in the glass with a growing of flavors ranging from dried grapes to the sophistication of cocoa and coffee. Opening a bottle of satin-finished Amarone is like opening a portal to take a journey into the history and tradition of my country: Italy.

The “Capitello” at the intersection in a small village of Valpolicella: a very old stone on which the figure of the Madonna is painted and which in the past was regarded by as a votive icon by the peasantry 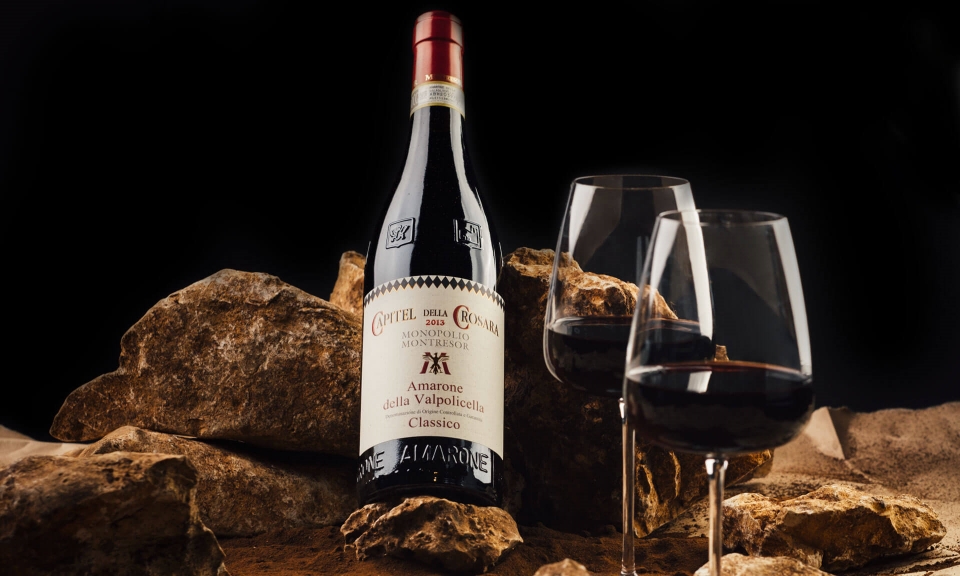